Bandwidth: How to Get More Done 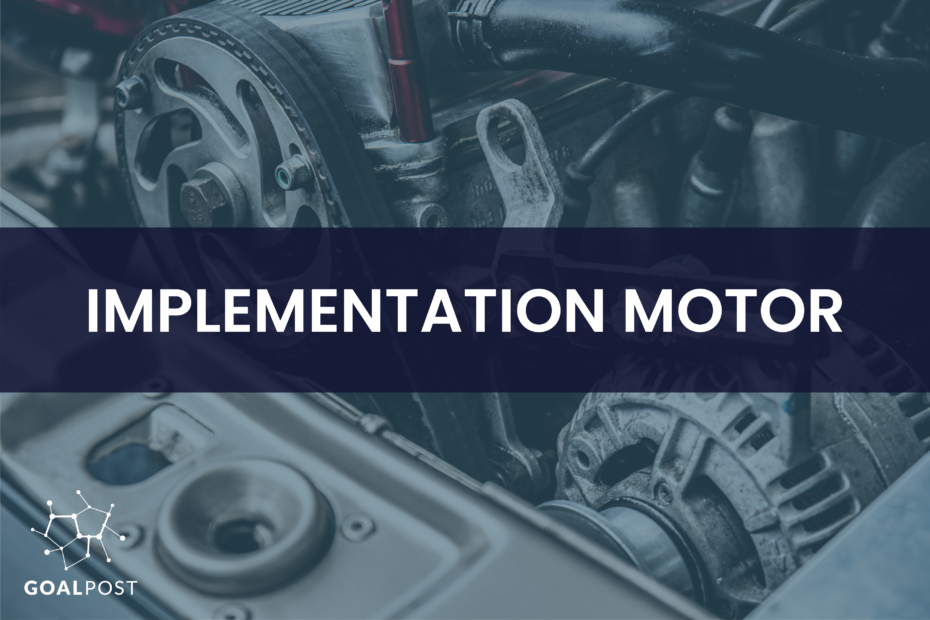 Most people can come up with an idea.  In fact, a lot of people come up with dozens of ideas every day.  The difference between those people who have a lot of ideas and the people who achieve a lot with ideas is the ability to implement.  If you are a machine gun of ideas, which many entrepreneurs can be, you need an implementation motor. You may not have the implementation gene that allows you to look at the process of those ideas. In that case, you’re going to be unsuccessful.  Worse, you’re staking the livelihoods of other people on your ideas. If you are missing that key gene, it is incredibly difficult to bring those into reality.

One of the things Goalpost Group brings to an organization is a method and structure focused on becoming that motor of implementation within your organization.  The difference between a successful idea and unsuccessful idea is not necessarily the quality of the idea.  It’s rather the quality of the implementation motor put behind the idea.  If you don’t have the right motor, chances are that idea is going to fall flat.

Parts of an Implementation Motor

What do you need in an implementation motor? Organization and structure.  The organization needs to be there to shape that idea, bringing reality to it.  If you have an idea and you can’t connect individual people with individual tasks and responsibilities that connect to the success of that idea, you’re missing a huge step.

The second piece of an implementation motor is its ability to maintain the endurance necessary to get to the point where you begin to see results.  I like to use the concept of the motor that is in my Jeep. I own a 1997 Jeep Wrangler.  It’s 20 years old and that motor is still running like a relatively new motor.  The Jeep is rusty, it’s beginning to fall apart.  But I can still get from place to place because the motor is solid.  It was built for endurance.  That Jeep Wrangler was not meant to go 95 on the highway.  But what it CAN do is drop into a 4-wheel drive and take you through some incredibly rocky, muddy terrain and not blink an eye.  Lower speeds, over longer periods of time, give it the endurance it needs in order to complete the function it was designed for.

Many entrepreneurs are not implementation motors. They are set to go 200 miles an hour. You need someone else to provide transportation from the infancy of that idea into the implementation phase. Then that idea has to walk out into reality.