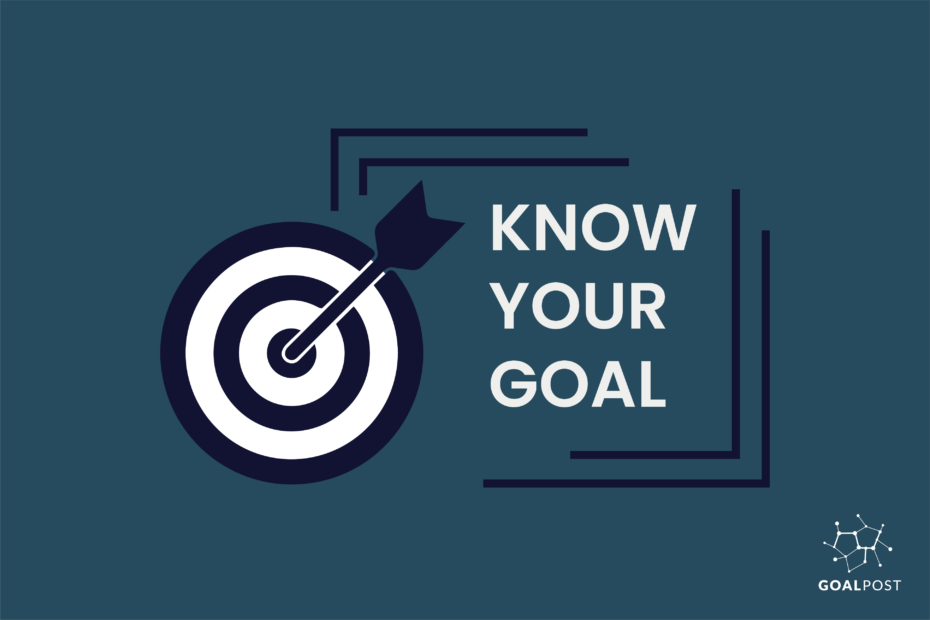 I want to talk to you really quickly about goal setting. I always like to do this by telling one of my favorite stories. The story is about the time one of my college suitemates got hit by a bicyclist. One day, my suitemate was walking across to go over to the beach. He was walking over with his girlfriend. The two of them were minding their own business, happy, and in love. All of a sudden, out of nowhere, a bicyclist smacks and hits Georgia. Georgia falls down and slams his head on the concrete. Everybody is a little bit in shock.

Now, Georgia is laying on the ground, there’s a little bit of blood coming from his head. The bicyclist is freaked out because he just hit a human being. His girlfriend is freaking out because her boyfriend just got hit by a bicyclist and whacked his head on the concrete. All of a sudden, Georgia turns around, looks at the cyclist and says, “I am FINE, SIR!” in his deepest southern drawl.  And he popped up off the ground and started sprinting in the other direction.  We have no idea why he sprinted. But he sprinted away, leaving his girlfriend, leaving the bicyclist. He ran across the bridge. He ran a couple of blocks inland and back to the dormitory where we lived, took the elevator up to the dormitory, and we found him about 15 minutes later with his blanket pulled up over his head in his bed.

Georgia, who clearly was out of his mind, having just had some sort of concussive situation after getting hit by a bicyclist and popping up saying, “I am FINE, SIR”. He had a goal! His goal, for whatever reason, was to run as fast as he could and get to his bed because that’s where he apparently felt the safest. To this day, I don’t know why he did it. I don’t know how he set this goal for himself or why he did what he did. What I like about the story is the fact that that’s about as much thought as most people put into the goals that they have.

You Need to Know Your Goals

At Goalpost Group, our desire is to help our clients know their goals. And, when I say know your goal, I’m talking about helping and understanding what you want your goal to be and what good goals even are.  Most people, when they’re setting goals, they’re setting things about making more money, creating more stability, or any number of things that don’t have good ways to connect the people within the organization to that goal.

What we do at Goalpost is to assist you in knowing and understanding your goal in a way that people within your organization can connect with in a really efficient and positive manner because we believe that if you have good goals, and you strive toward them, and you connect the dots between where you are and where you want to go in a regimented manner you CAN achieve those goals. But if you’re throwing a dart at the dartboard in order to set those goals, there’s a pretty good chance that people are not going to connect with them in the way you need them to in order to achieve those goals.

So, I realize there’s a temptation to pop up off the concrete and start running.  But before you decide “I am FINE, SIR”, you need to know your goal.